Intravenous (IV) therapy is used by a growing number of people, and the results can be truly incredible. However, different ingredients have the ability to vary the results, which is why individuals must take responsibility of knowing what to expect from specific vitamins. Glutathione is present in various solutions and can provide a suite of benefits for the user.

Here are all the facts you need to know about Glutathione benefits within IV therapies.

Glutathione is a water-soluble antioxidant found in plants, animals, and fungi. Its formula is C10H17N3O6S. Its molar mass is 307.3235 g/mol, and protects cellular components from the damage caused by reactive oxygen species.

Often abbreviated to GHS, the human body naturally produces the antioxidant within the liver. It is used in many medical treatments including those for heart disease, glaucoma, Alzheimer’s, Parkinson’s, liver disease and more. It regenerates vitamins C and E while breaking down some free radicals and aiding enzyme functions.

It is also very commonplace in IV therapies thanks to the many Glutathione benefits that users can experience.

Supplementing the body’s natural Glutathione supplies through IV therapies can bring many benefits to the body. Here are five of the top benefits.

Anybody suffering from Type 2 diabetes knows that insulin production is vital for transporting glucose from the blood to be used as energy. Unfortunately, when the body becomes resistant to this, the health repercussions are telling. Glutathione supports healthier regulation.

Maintaining high glutathione levels is suggested to have a significant impact on the symptoms of Parkinson’s, making them less frequent and less noticeable when they do surface. Injected Glutathione is believed to have a greater impact than oral administration.

Whether it’s you or your partner that is struggling with fertility, the fact that Glutathione helps the formulation of sperm cells can make a huge difference when it comes to getting pregnant. While it certainly doesn’t guarantee pregnancy, any positive step should be gratefully received.

Damage from alcohol abuse, hepatitis, or liver disease can be mitigated due to the antioxidant properties of Glutathione that  have a positive influence on the body’s ability to repair and regenerate cells. It is most suitable as a treatment to fatty liver disease. This is one of the most noticeable Glutathione benefits.

Research into autism shows that lower levels Glutathione are a common feature among children that fall onto the spectrum. The IV therapies can help reduce the symptoms of autism, generating significant results for those suffering from it.

Which IV therapies use Glutathione?

Several IV drips include Glutathione. The most popular options include:

The Super Drip – which also contains B12, B Complex, Biotin, Magnesium, Vitamin C, Selenium, and Taurine.

The Immunity Drip – which also contains B12, B Complex, Vitamin C, Magnesium, Selenium, and Zinc.

The Flawless Drip – which also contains B Complex, Vitamin C, and Biotin.

Glutathione levels are important for regulating various bodily functions and the use of various vitamins. When struggling with lower levels of the antioxidant, IV therapies can be the ideal solution. To learn more and book a treatment, get in touch today. 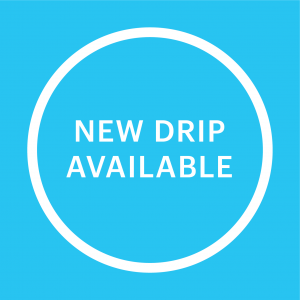 , and/or individuals that traditionally experience high stress over long periods of time. They are formulated to help with symptoms associated with brain fog, mental and physical exhaustion, poor sleep, lack of focus, along with a slew of other symptoms.